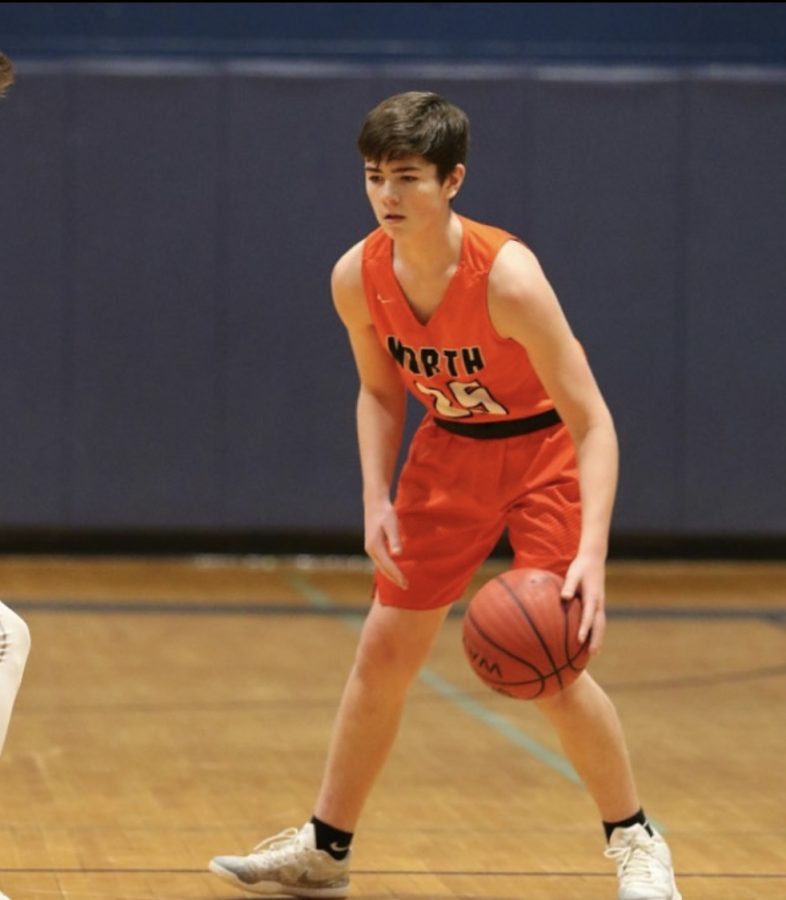 Matt Kenny works hard to serve as a positive role model for his teammates both on and off the court.

Shooting guard Matt Kenny (10) makes a statement for the Middletown High School North Boys Basketball team after only two years of playing. The two year starter plays an important role on the team and makes a positive impact on the program.

As a previous starter for the North basketball team, Kenny continues to strive to be the best. His drive, determination and leadership are all important characteristics of a successful basketball player.  The preparation for bigger and better things starts now, not only on the court but off the court as well. In order to gain some success at the end of the season, the team needs to look to its leaders.

Although the team as a whole has been struggling to win, Kenny has been a consistent leader. With an average of 18.12 points per game he provides not only a great amount of skill, but also a winning mentality that every team needs in order to reach success.

Nobody likes to lose and often it can be very frustrating. With not many wins this year the team focuses on improvement and sticking together because many members have one or two more years left to play. It is important for the players to care and communicate with each other in a positive manner.  Kenny encourages his teammates, communicates with them in a respectful way and leads by example.

“I think that the team is staying together as a team well and we are not arguing with each other and blaming each other on losses . It’s good that we are still a team and care for each other,” he stated in an interview with The Lion’s Roar.

By the end of the season, Kenny hopes to have scored the most three-pointers in the Shore Conference and he is on a strong path right now. As of now, he is at the top of the list and is going to work hard to stay in that position. He needs to keep improving and there is no time for slacking.  He knows he cannot get too comfortable in this position and needs to strive to do better each game.

“I think it will be hard but I am ready for the challenge.”

With a total of 41 teams and approximately 10 players per team, this is a big accomplishment not only for Matt but for the school as well. Adding to this, he is ranked tenth in the Shore Conference for points per game. As he is only a sophomore and still has two years left to play Matt Kenny is setting himself up for much success looking forward.