French Toast of the Century 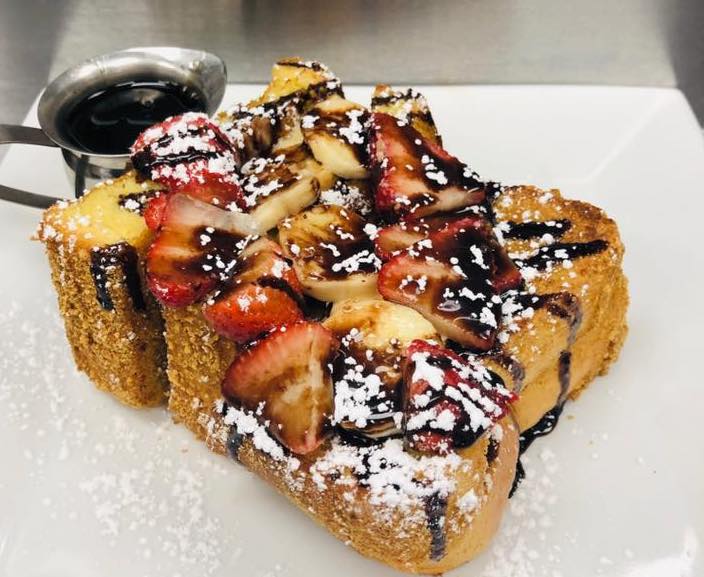 Photo courtesy of The Journal Publications.

If you are looking for somewhere new to eat breakfast, Meemom’s is a great fit. The restaurant started out in Wall, NJ with its single location, but gained popularity quickly in 2014. In October of 2015, a new location opened in Middletown, NJ. This location has done so well that the company is set to open another location in Brick, NJ in the near future.

The restaurant is primarily known for its french toast and it has been award-winning since 2016. On the menu, there are 26 different kinds of french toast, not including the specials.  A new menu was just released and a delightful fall-themed french toast was added. It certainly does not disappoint.

One thing that is very special about this breakfast place is that it has a French Toast of the Month. The owners take the french toast of your wildest dreams and make it a reality. This month’s French toast is the Trick-or-Treat.

Some of the new items that were recently added to the menu are the Peach Cobbler, Crazy Monkey, Twix, Chocolate Covered Strawberry, Cookie Monster and Lucky Charms. One of the only pancake specials new to the menu is the Peach Berry Cake.

The next time you are in the mood to try something unique and different, consider stopping by any of the MeeMom’s locations.  You are sure to leave satisfied.