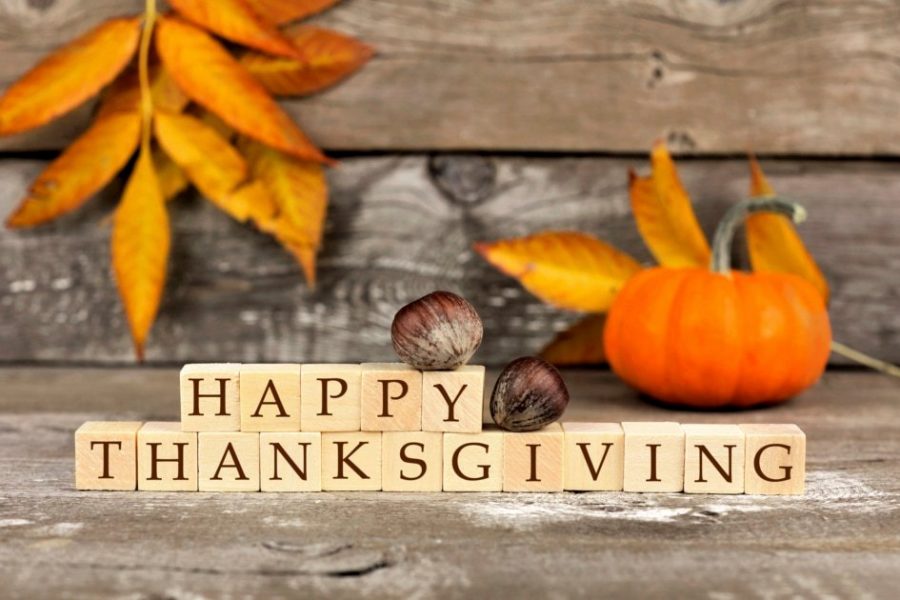 Thanksgiving is a national holiday that is celebrated all over the United States. It is celebrated on the fourth Thursday of November which falls on November 25th this year.

The origin of Thanksgiving dates back almost 400 years ago when the Mayflower sailed from England to the United States, which was known as the ‘New World’ at the time, in September 1620. The Mayflower contained many English families known today as Pilgrims. When the settlers finally moved ashore after the harsh winter, only half of the ship’s crew and passengers made it.  Unfortunately, the other half died from disease and hypothermia.

Several days after their arrival, the Pilgrims were greeted by a Native American named Squanto who was previously taken as a slave in England and had escaped back to his homeland on an expedition mission. Squanto helped the settlers form an alliance with the local tribes. He also taught the Pilgrims how to cultivate corn, catch fish, treat injuries and survive on the new land.

In November 1621, the Pilgrims had their first successful corn harvest using the knowledge they gained from the Native Americans. To celebrate this momentous occasion, Governor William Bradford held an enormous feast and invited the nearby tribes.  This feast was known as the first ever Thanksgiving. The exact menu, however, is unknown although many historians have been able to approximate what was not present on the table that day. Since the Mayflower was running low on its sugar supply and the Pilgrims had no ovens, there were no desserts on the table.  This is rather astonishing because it is a common practice today. The second Thanksgiving was held in 1623 and celebrated the end of a long drought which had been hindering that year’s crop harvest.

George Washington gave the first Thanksgiving proclamation in 1789 where he requested that all Americans express their thankfulness and gratitude at the conclusion of their war for independence. John Adams and James Madison also abided by Washington’s proclamation and set aside days each year during their presidencies to express their thankfulness. During Abraham Lincoln’s presidency in 1863, he established Thanksgiving as a national holiday which was to be celebrated on the last Thursday of November every year. In 1939, President Franklin D. Roosevelt tried to push Thanksgiving one week forward in hopes of increasing retail sales during the Great Depression, although this act was met by tremendous opposition by the American people. Followed by this opposition, in 1941, Roosevelt refusingly signed a bill declaring Thanksgiving the fourth Thursday of November.

Thus, Thanksgiving officially became a national holiday and is now celebrated by many families as a time where everyone gives their thanks and enjoys time spent with loved ones.