The Lion's Roar • May 19, 2021 • https://thelionsroarmhsn.com/features/2021/05/19/middletown-north-teachers-en-vision-successful-chicken-coop-project/ 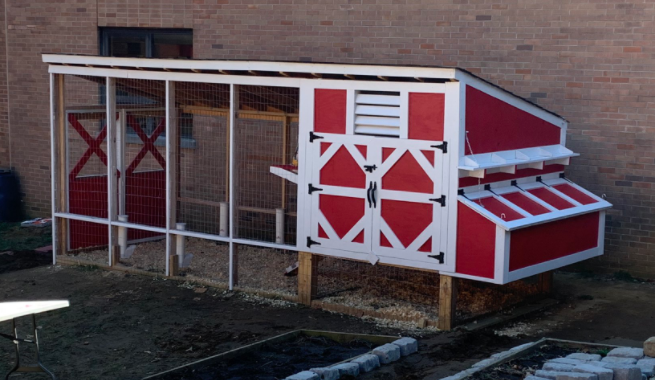 Tim Heaney, who is in charge of teaching the Visions Program, successfully led his students in completing the beautification project initiative.  This included planting a garden around the school marquee sign and initiating the  “Middletown High School North Greenhouse Project” over the past two years.  The next phase of the project was to build a chicken coop at Middletown High North.

The MHSN chicken coop provides ample open space for numerous chickens to roam, while providing a protective housing for them to roost. As chickens are entirely outdoor animals, they require sturdy housing that is resistant to both the elements and dangerous predators.

“We started this project after seeing how successful we were with our kids working on the greenhouse. We noticed a drastic drop in behavior problems, increase in attendance and an overall positive experience,” said Heaney.

After receiving such a positive response from the Middletown community for all of the hard work that went into the Greenhouse Project, the Middletown Board of Education, Central Administration and Middletown High School North Principal Dr. Patricia Vari-Cartier supported the next phase with the construction of the chicken coop.  This support included financial assistance from Middletown High School North that allowed the group to purchase plans online for the construction of the coop.  The early stages of this project began at the end of 2019, but were put on hold for most of 2020 due to the COVID-19 pandemic.

“Obviously the pandemic slowed us down last year, but we were able to resume during this school year and successfully finish the coop,” said Heaney.   Once construction was complete Mr. Heaney and Mr. Kalman focused on researching the types of chickens to incorporate within the coop and each student had the opportunity to pick out the type of chicken he or she wanted.

Middletown North students Kevin Aravich, Hailey Baker, Trevor Caputi, Jaden Dempster, Rebeka Durman-Sefchek, Julie Haberman, Tim Roche, Kayla Smith, Chris Backovsky, Alex Hill, Justin Lacey, Marcellyn Diaz, Luke Marcinak, Edwin Flores, Joel Polermo, Rob Hulsizer and Matt Morton all played an important role in the construction of the chicken coop and greenhouse.After extensive research, the program was able to acquire many chickens through donations and purchasing them. Currently, the chicken coop features 20 hens, four bantoms and four chicks that were hatched in the Visions classroom earlier this year.  This chicken coop has become a passion project for not only the students, but the teachers as well. Mr. Kalman was responsible for ordering and acquiring the lumber for this project.  He also spent a great deal of time teaching the students about basic carpentry which has been received well. This includes properly measuring, using power saws, drills and nail guns. According to Mr. Heaney, “The kids love to be out there working and caring for the animals.”

A special THANK YOU to the faculty and students who have added to the beautification of Middletown High School North and the continued demonstration of what it means to have “Lion Pride”. 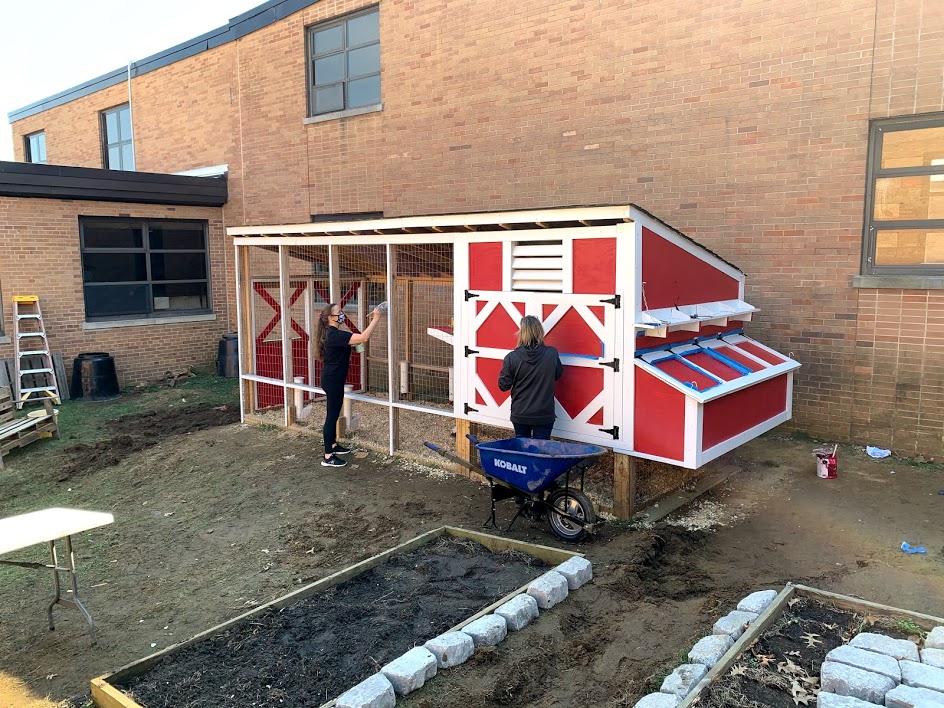