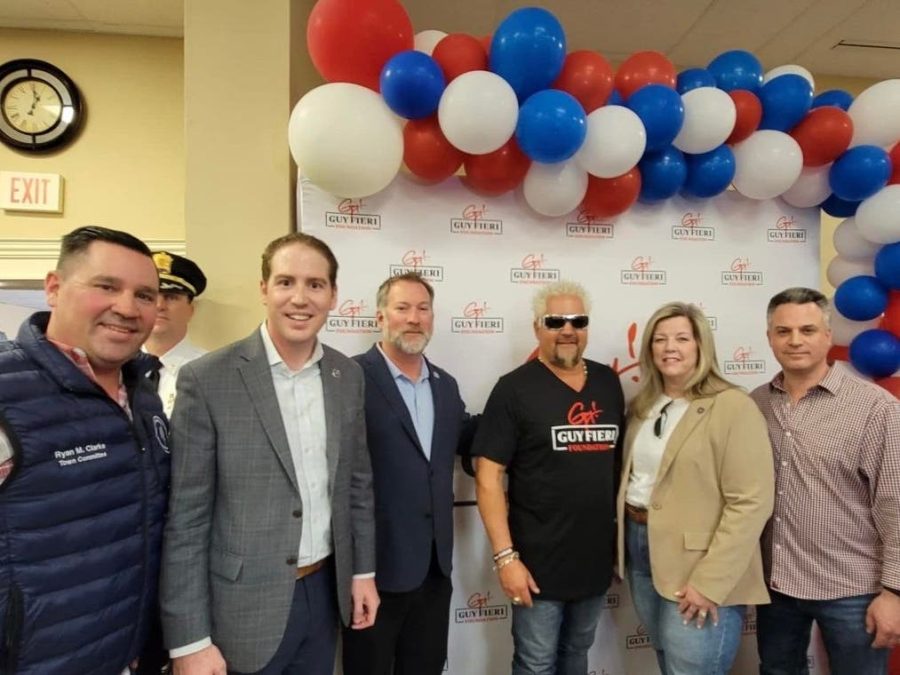 MIDDLETOWN, NJ – Veterans in Middletown has a visit from legendary television star and chef Guy Fieri on Friday. Fieri, known mostly for his hit television food programs ‎Guy’s Grocery Games and ‎Diners, Drive-Ins and Dives joined veterans at the Middletown VFW Post 2179.  Guy Fieri is known to work extensively with United States Vetrans through a some of his shows including “Salute the Troops” on the Food Network.

According to the Food Network, “Fieri honors America’s men and women in uniform by inviting four military vets with a culinary second-calling to play his GGG games. They join forces with the Messlords, a group of DDD chefs who travel the world cooking for the troops. First, Guy has the Messlord-veteran teams run through a Flavortown obstacle course while shopping for their American comfort classic. Then, the Messlord must carry their team’s rucksack while shopping double-time for a victory dinner. In the end, one of the heroic duos will complete the mission and shop Flavortown for up to $20,000 while a platoon-sized audience of fellow vets cheers them on!”

“The Guy Fieri Foundation uses food, cooking, and education to support, uplift, and encourage our communities,” Fieri says of his foundation.

“My dad’s a veteran, so many families have served our country,” Fieri said. “That’s just one small part of it. I think every day we should do everything we can to recognize why we live in the greatest country in the world. Freedom is not free.”

Fieri said, “We should support these heroes every single day.”