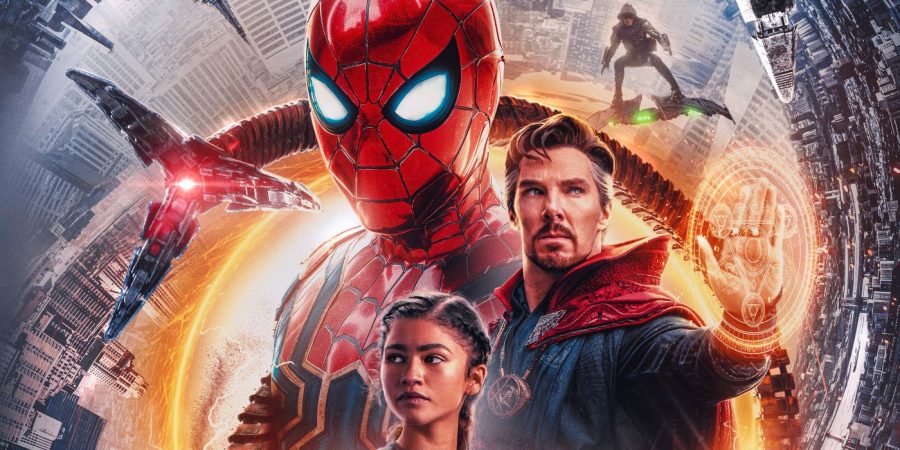 After watching Spider-Man: No Way Home, I can easily say that it is the best Marvel movie that I have ever seen. It’s even better than Avengers: Endgame. The movie starts off at the same time and place where Spider-Man: Far From Home ends. Mysterio reveals Peter Parker’s identity as Spider-Man to the whole world. Instantly, his life begins to go downhill as he is looked down upon by others because he’s painted as a villain now that he has killed Mysterio. To set his life back on track, Peter meets with Dr. Strange who casts a spell that will cause everyone to forget that Peter is Spider-Man. However, Peter asks for many alterations to the spell which causes it to become unstable. The instability causes villains from other universes such as Doc Ock, Electro and Green Goblin to come into Peter Parker’s universe. Now, Peter has to put an end to the mess that he’s created and send everyone back to their universe. The movie contains many twists and turns and includes many characters from other universes which is sure to cause audience members to jump out of their seats! If you haven’t already seen No Way Home, you’re really missing out.

****SPOILERS****
I’m going to mention a lot of spoilers about the movie past this point so if you have not yet seen the movie, stop reading.

To begin, every part of the movie was amazing, nothing felt dragged out, and there were no unnecessary scenes that made the movie unenjoyable. When Peter fought Dr.Strange, all the scenes were mind-blowing. The mirror world fight where Dr.Strange could control anything made me realize how much I underestimated his powers. At first, I really just thought of him as the guy who could open portals. Also, when Toby Maguire and Andrew Garfield came into the movie, almost everyone in the theater jumped out of their seats in excitement. It felt amazing to see all three of the Spidermen at the same time.

None of their scenes felt out of character. Instead, it felt as if it wasn’t scripted at all and they were just behaving like they always do. Out of the three, I think Andrew Garfield played the best Spiderman and Tom Holland played the best Peter Parker. Toby was just Toby, but everyone loves Toby. Later, the scene where all three of them made their entrance to the big fight at the Statue of Liberty was absolutely amazing. All three of them swinging in the moonlight seemed so cool to me that it’s probably my favorite entrance that a character has made so far. Also, when Andrew caught MJ, it was so heart-warming and almost had me in tears knowing that he couldn’t save Gwen, but was able to save Tom’s MJ. You could even see that Andrew got a little teared up when he caught her which made the scene even more touching.

Lastly, prior to their entrance, Aunt May’s death really got me. When she said Uncle Ben’s famous quote, I realized she was going to die. It was heartbreaking to see Aunt May leave after her being in the past two movies, but I guess it had to happen for Spider-Man’s character development to be displayed. As much as I wish that the movie was longer, it was still a really amazing experience and I look forward to seeing how Peter is going to keep living his life as Spider-Man now that everyone has forgotten his true identity.